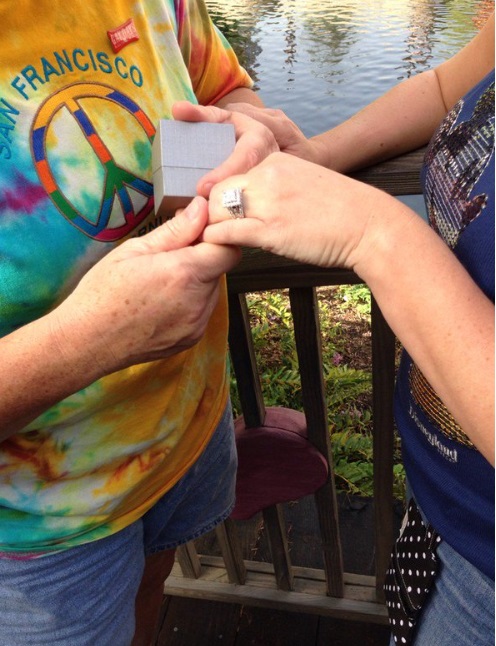 American actress and retired athlete who has had multiple roles in television, Dot Jones had given a stunning diamond ring to her girlfriend Bridgett Casteen. The couple first met in December 2010. Dot proposed on October 4, 2013 near the Sleeping Beauty Castle at Disneyland. They tied the knot December 21, 2013.