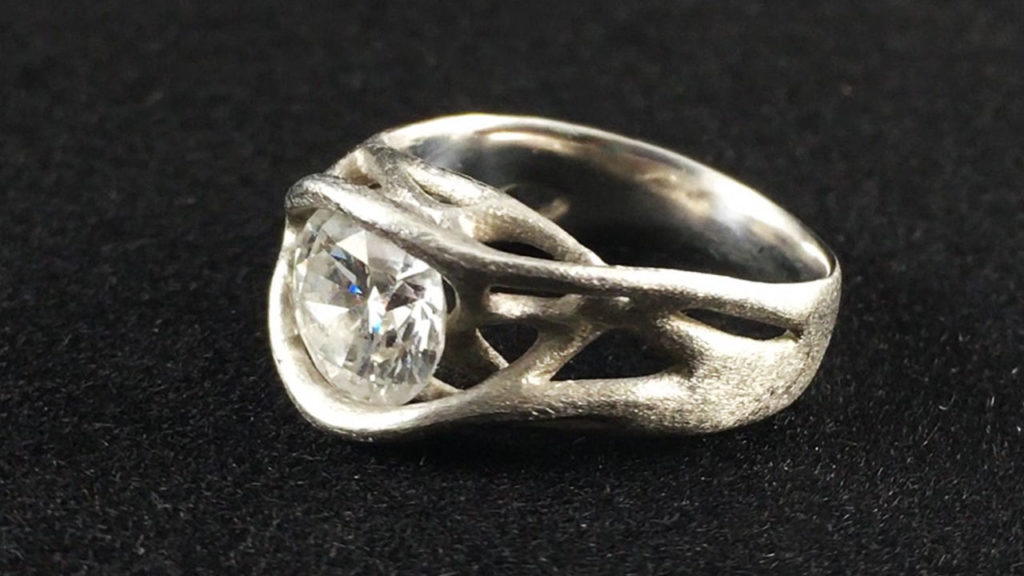 This one has a really interesting backstory. Don’t blame us if you feel a little jealous after reading this…

Noah Keating and Nina Tandon are a high-tech couple. He’s runs a tech consulting company and she is the CEO and co-founder of Epibone, a company that grows human bones for use in skeleton reconstruction with the help of digital fabrication. So naturally, a 3D printed engagement ring was always going to be on the cards for this pair.

But that’s just the beginning. Tandon’s studies at university focused on data visualisation of the muscle fibres of the human heart. Keating figured that was a pretty fitting theme for an engagement ring and used it as his inspiration.

With the help of designer Manca Ahlin who creates lace sculptures inspired by organic cell structures (and a friend of Tandon), he set about creating the ring. First up was a lab-grown diamond from Brilliant Earth, which Tandon specifically wanted for two reasons; ‘ethics and science’ (we concur).

Next was designing the setting with 3D modelling software and creating a 3D printed wax model. The setting consists of interwoven organic strands bound together to hold the diamond in place. Naturally, it’s based on the structure of the human heart. Although it’s not 100% anatomically correct, it’s pretty damn beautiful. 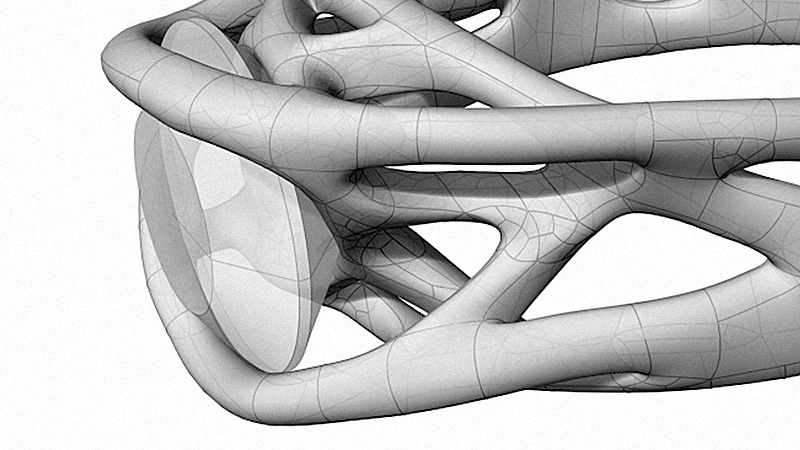 The final design was cast in platinum, and Nina loves it. She says “you can tell it was such a work of art. It’s a beautiful piece, but because it’s steeped in my work and things that are important to me.”

In another fun twist to the story, the day after Noah proposed was Leap Day, February 29th. Which, according to tradition, is the one day every four years when women can propose to men. Nina printed a plastic version of the ring in her office and proposed to Noah! He now has a real version of the ring to match hers. Aww!

Along with the 3D printed engagement ring, Noah and Nina’s wedding ceremony featured a laser-cut invitations, 3D printed flower vases and even a digitally printed wedding dress. Hey, if you’re gonna do something you may as well do it right!