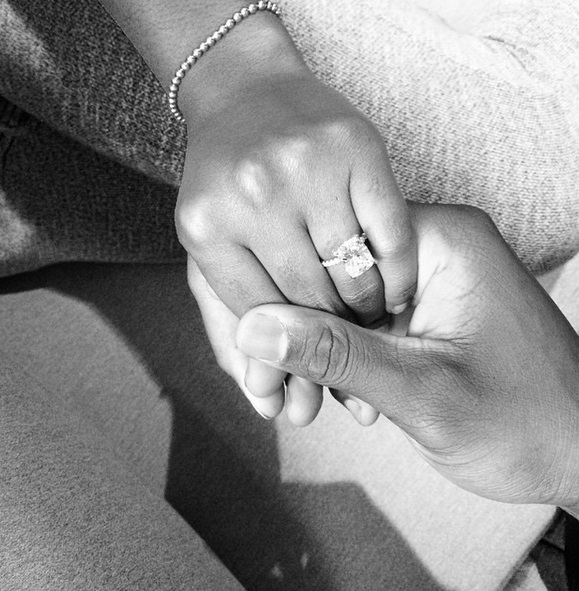 Former UCLA Women’s Basketball team member, Nina Earl received this stunning ring from NBA’s Oklahoma City Thunder team member Russell Westbrook. The couple met while they were both attending in the University of California, Los Angeles. The engagement was announced via social media showing off the huge ring with a caption “Nothing even matters..@ninamri3_ forever my lady! LOVE YOU!!!!”

Comment: The six carats elongated cushion cut diamond has a VVS clarity. The classic claw setting shows of this beautiful cut perfectly. And like many celebrity engagement rings they have opted to complete the sparkle with a full diamond set band.