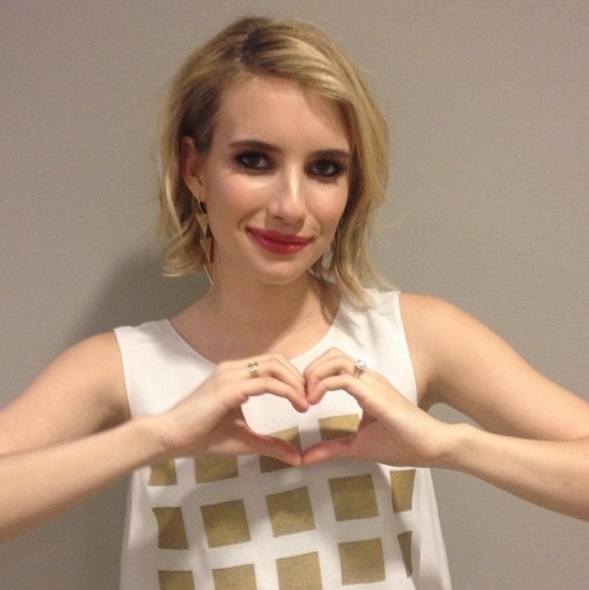 American actress, singer and Scream star Emma Roberts flaunts her dazzling ring from American actor, Evan Peters. Evan began dating Emma in 2012 after they worked together on the film Adult World. The couple became engaged in December 2013 but it ended in June 2015. In October 2015 it was reported that they had reconciled.