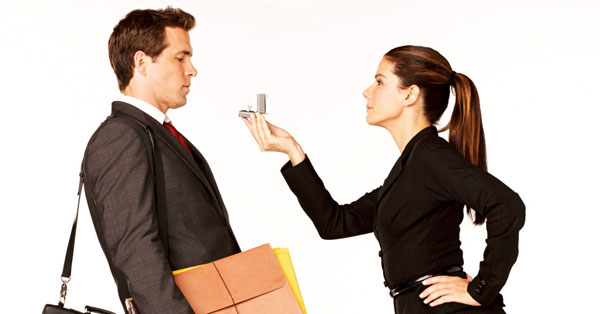 If you’ve been living on planet Earth for the last while, you’ll know that every fourth year is a ‘leap year’, where we gain an extra day to realign our planet with the sun’s revolution. The extra day falls on February 29th, and is known as ‘Leap Day’. There has always been a certain novelty to Leap Day, but did you know about this one unusual tradition?

In Ireland and the UK, Leap Day is known for women proposing marriage to men rather than the other way around. Since it’s 2016 and all, women don’t exactly need a specific date to be able to do this anymore. But we thought we’d take a peek at this weird and wacky tradition anyway.

The Leap Day proposal tradition has Irish origins. The story takes us way back to the 5th century, when Ireland was the land of ‘saints and scholars’. Saint Brigid took it upon herself to complain to Saint Patrick that the women of Ireland had to wait too long for their men to marry them (Brigid was way ahead of the curve as far as feminism was concerned). Patrick agreed to give them a special day to propose to their men instead; Leap Day, because this reflected the balancing of the earth and the sun, which he compared to balancing male and female roles.

Ever since then, Leap Day has been the one day of the year (or every four years) when women propose to men in Ireland. The tradition also made its way to Scotland and parts of the UK when Irish monks travelled across the sea, and it eventually became law in 1288! Any man who declined a proposal from a lady was legally obliged to pay a fine. This was usually a pair of gloves so the lady could hide the fact that she wasn’t wearing an engagement ring, although some sources say a kiss, £1 or a single rose were also sufficient. The woman doing the proposing also had to wear a red petticoat while doing so… who knows why.

In England Leap Day proposals were also somewhat of a tradition, although for different reasons. Since Leap Day was an anomaly and only happened every four years, no laws applied to that day! Rather than embarking on a series of robberies and murders, women decided to reverse the law preventing them from proposing to men and chase any men they fancied instead. Other countries have similar traditions that were mostly adopted as a later date having been inspired by the Irish original. Except for Greece, that is; it’s considered very unlucky to get married or engaged during a leap year.

So, keep an eye out on Monday for plenty of feel-good news stories about women who proposed to their men this Leap Day!