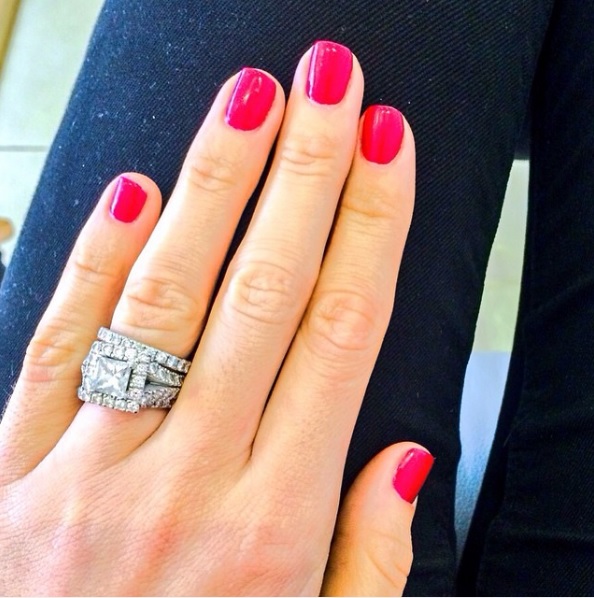 Irish model, television and radio personality, who appeared in Dancing with the Stars, Vogue Williams, received a dazzling diamond ring from former Westlife singer, Brian McFadden. Vogue and Brian started dating in May 2011. The couple announced their engagement on January 12, 2012. They tied the knot  on September 2, 2012 in Florence, Italy.

In 2018, Vogue received an Engagement Ring from Spencer Matthews – View it here