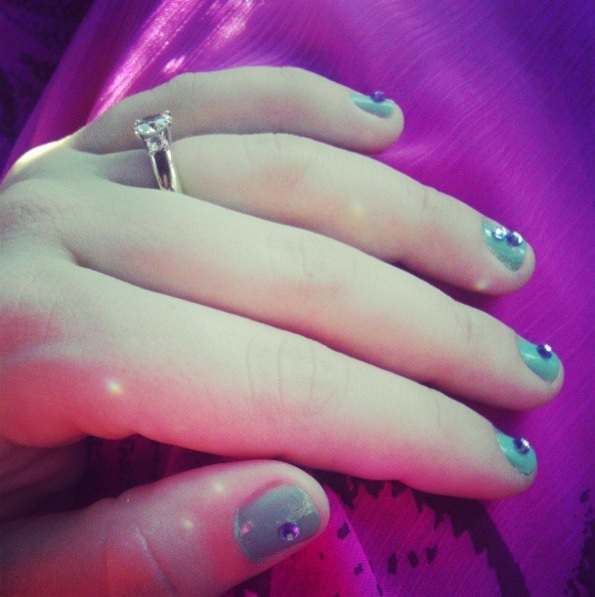 Singer, Broadway and television actress, Diana DeGarmo received a stunning ring from American Idol contestant, Ace Young. Diana became famous in 2004 as the runner-up of the third season of American Idol. The couple first met when their lives intersected on the Broadway stage during the 2010 revival of Hair. Ace popped the question to Diana on the 23rd of May which was also the season finale of American Idol.

Diamond Shape: Round With Two Side Round Diamonds