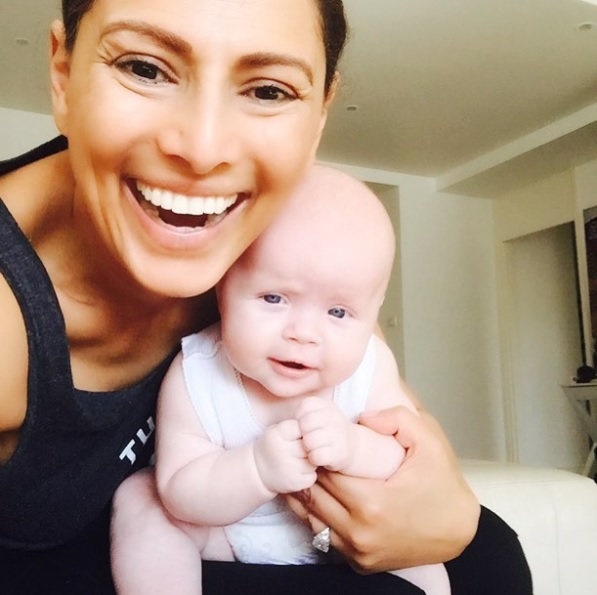 Australian media personality, Sally Obermeder flashes a sparkling diamond ring from her partner, Marcus Obermeder. The couple tied the knot in 2001. They had their first daughter in January 2011 and in July 2016, Sally revealed that they are expecting another child by a surrogate mother.