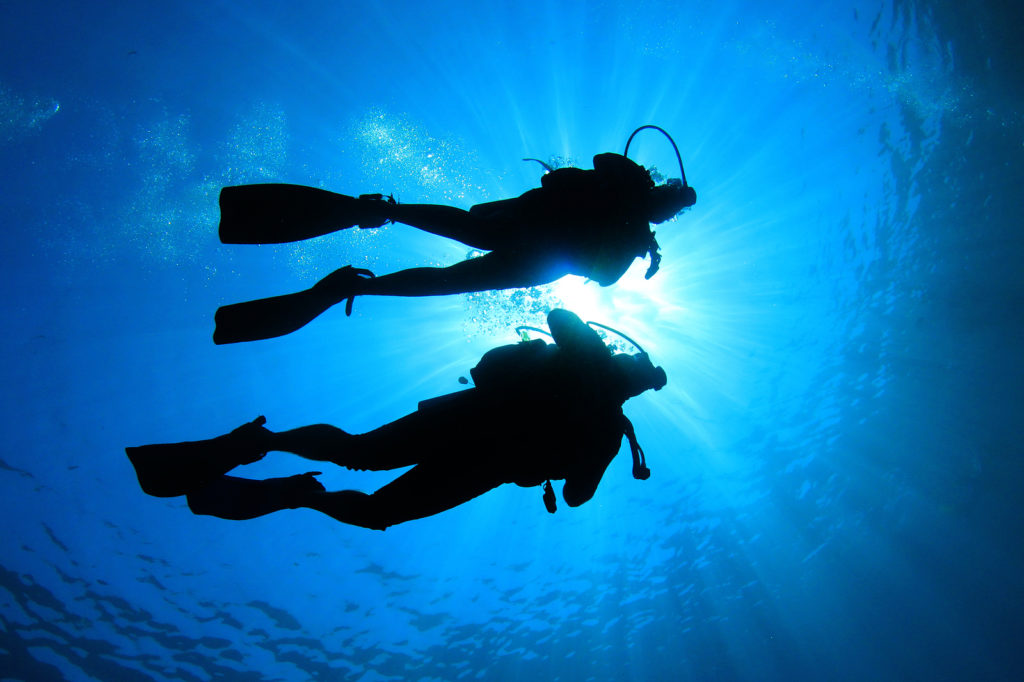 Yep, you read that right…

When the more conventional among us are on the hunt for a diamond, we go to jewellery stores. Maybe, if we’re especially savvy, we take a look online. But did you know you can pick up some pretty dazzling gems by scuba diving?? We didn’t either. If you or your other half are fans of all things underwater, if you like exotic and luxurious adventures, or if you just want a really cool story to tell about getting your engagement ring, then read on.

Basically, there’s a marine system called the Benguela current, which can be found in the Angola-Benguela Front – an area that encompasses the south-western corner of the African continent (particularly South Africa). The current is so strong that over time, it has pulled diamonds from rivers and deltas onto the sea bed. So while wars were raging and the complex issue of conflict diamonds emerged on land, there was a significant supply of 100% conflict-free diamonds on the ocean floor just waiting to be discovered!

That finally happened in the 1970s, and experts now estimate that there could be as much as 1.5 billion carats of diamonds sitting off the coast of Namibia and South Africa. It is now common practice for jewellers and diamond companies to send scuba divers into the deep to recover some guaranteed conflict-free diamonds, which are then crafted into beautiful engagement rings.

One such man who does this is ‘diamond diver’ Wynand Hendrikse. He’s been gathering up piles of diamonds from the sea for the past 20 years, turning them into custom made jewellery pieces for the South African and international elite. Now, he’s come up with an even better business opportunity; diamond safaris! If you have a Padi Open Water 1 diving certificate and $16,000 to spare, Hendrikse will take you on a one-day excursion to dive for your very own diamond. The experience with a limousine trip to a private charter flight, which takes groups of up to six people Hendrikse’s villa on the coast.

After breakfast at the villa, it’s off to the boat and into the water. With the help of masters divers, you’ll unearth your rough diamond to bring to the surface for closer inspection. The chances of finding a gem-worthy diamond are pretty much 100%, and there’s also a (less likely) chance of finding garnets and olivines too. Most likely, the diamonds you’ll find will result in a polished gem weighing around a carat, though rough diamonds as big as 80 carats have been found.

When you’re back on solid ground, the next part of the experience is meeting with an expert diamond grader over lunch (and delicious South African wine). You’ll assess your diamonds and choose which one to cut and polish, which will happen over the next three days while you enjoy the rest of what South Africa has to offer. At the end of your trip, you have an expertly cut, 100% conflict free engagement ring with a diamond that you found yourself at the bottom of the ocean. How cool is that??

There’s just one drawback: as well as the hefty $16,000 price tag for the trip, due to local tax and other regulations you also have to pay for the final diamond yourself too. But hey, what’s another few thousand dollars when you’ve already spent that much?