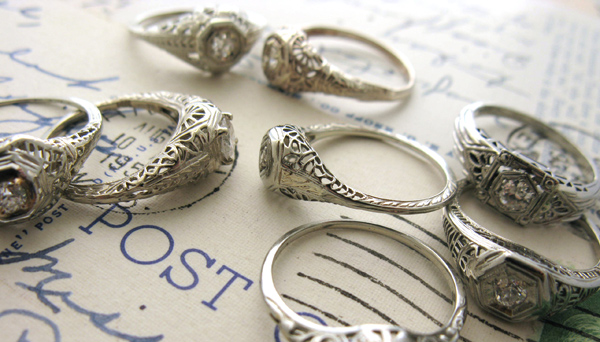 Just like everything else, engagement rings are subject to changing fashion trends. While the likes of clothing trends change practically every few months, with engagement rings it’s more like once a decade or so. In past centuries it was even slower than that, but as equipment, crafting techniques and the availability of materials increased, so did people’s desire for new styles. Here’s a round-up of the most prominent engagement ring trends from the past century or so… 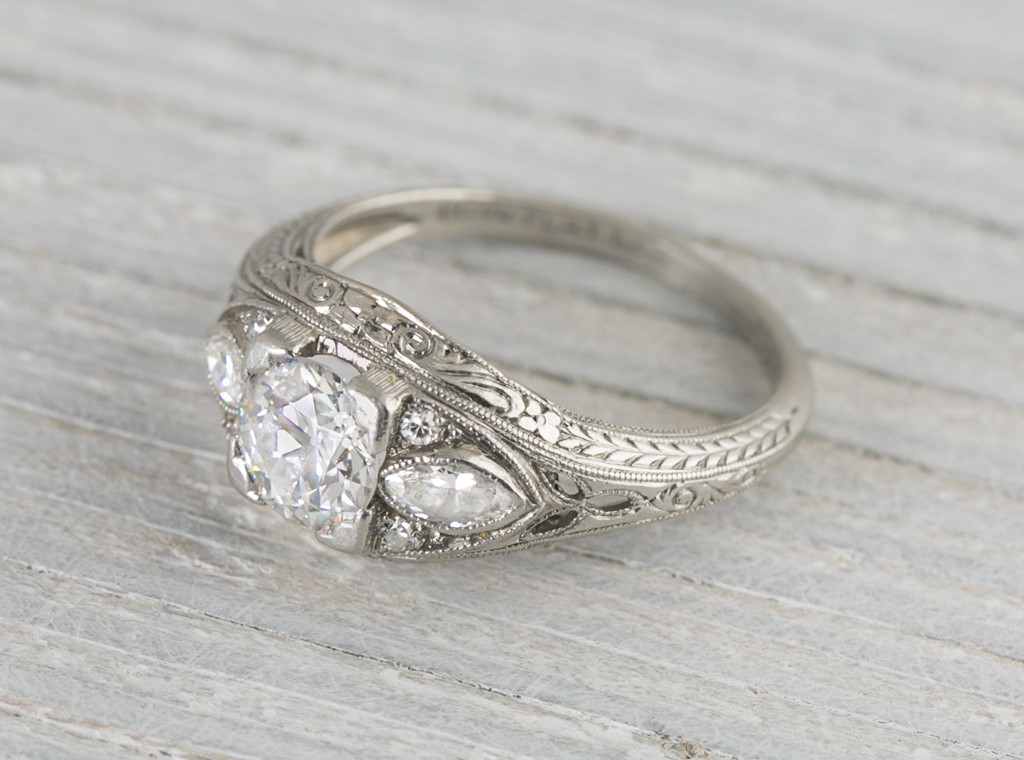 In the beginning of the 20th century jewellery was characterised by the Edwardian style. The industrial revolution lead to huge growth in the middle class, so good quality, well-made jewellery was affordable for a lot more people. King Edward and his Danish wife was the style inspiration for the time; elegance and grace were the key looks and platinum and diamonds were the key materials. The Edwardian look is characterised by fine detailing and intricate filigree work, and the quality of craftsmanship was extremely high. Beauty and delicacy were prized above all else. 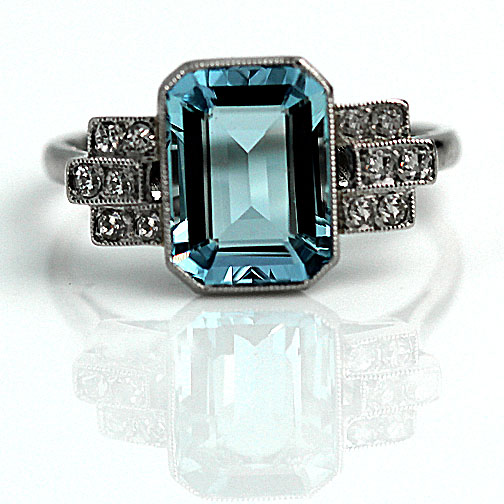 In a complete change, the next 20 years or so of the 20th century were all about Art Deco. The Jazz era kicked off and popular culture became a big deal for the first time. Life was suddenly a lot more fun for many people! The US lead the way with Art Deco engagement rings, opting for pieces that were in many ways polar opposite of the Edwardian period. Diamonds were combined with coloured gems, strong sharp lines were all the rage, and instead of a large center stone several smaller stones were used to create high impact, geometric designs. Making a statement and being unique were the two main goals. 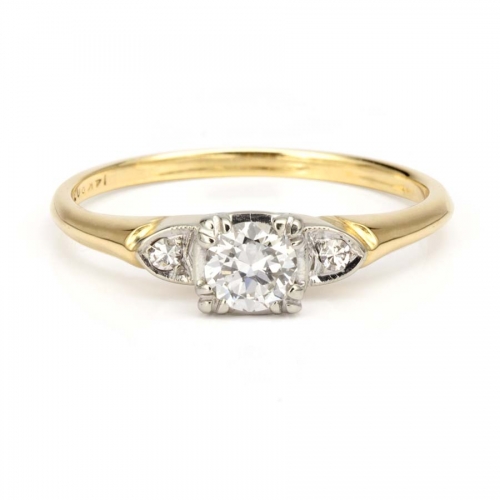 After the Second World War engagement ring trends weren’t so much characterised by ‘periods’, as there was such a wide choice available. However, there were still overarching trends, and in the 1940s and 1950s it was traditionalism. In the early 1940s wartime restrictions meant that many precious gems and platinum weren’t available to the mass market so gold bands and costume jewellery became popular. Once the world settled into peace however people looked towards classic styles once again. Single solitaire diamond rings with gold bands were by far the most popular choice, but three-stone styles were also plentiful. However, simplicity was key and the big bold designs and delicate filigree of the past all but disappeared. 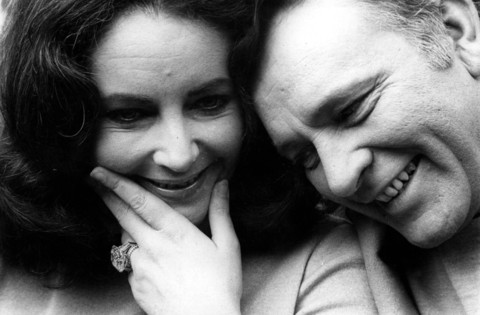 During the 1960s celebrity culture exploded. Hollywood actresses like Elizabeth Taylor and prominent figures like Jackie Kennedy were perceived as style icons, and everything they wore – including their engagement rings – was scrutinised and turned into a trend. Taylor made big stones popular again thanks to the whopping 35 carat diamond she received from Richard Burton, while the First Lady brought emeralds into fashion with her exquisite emerald and diamond ring. This was also the period in which princess cuts were perfected and popularised for the first time, and platinum made its long overdue comeback. 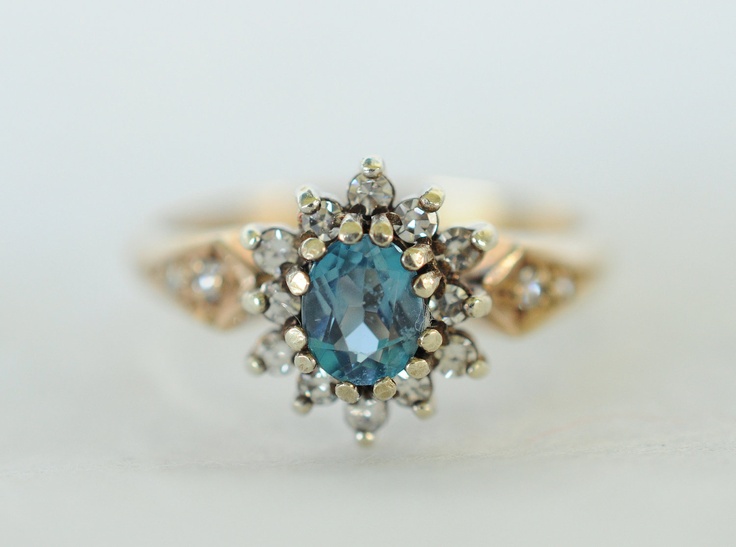 One of the most famous engagement rings of all time dates from the 1980s – the beautiful sapphire and diamond ring given to Princess Diana (the same one that her son Prince William gave to Kate Middleton two decades later). Its floral-inspired design and coloured centre stone set the trend for the decade, and was the hallmark of the ‘typical’ engagement ring for almost everyone at the time. It also saw the growth of stone sizes, which increased even more in the 1990s. While coloured stones gave way to diamonds once again, a huge variety of different cuts came to the fore. Celebrity rings continued to be trend-setters, but with the internet becoming increasingly accessible, couples had more choice than ever before. 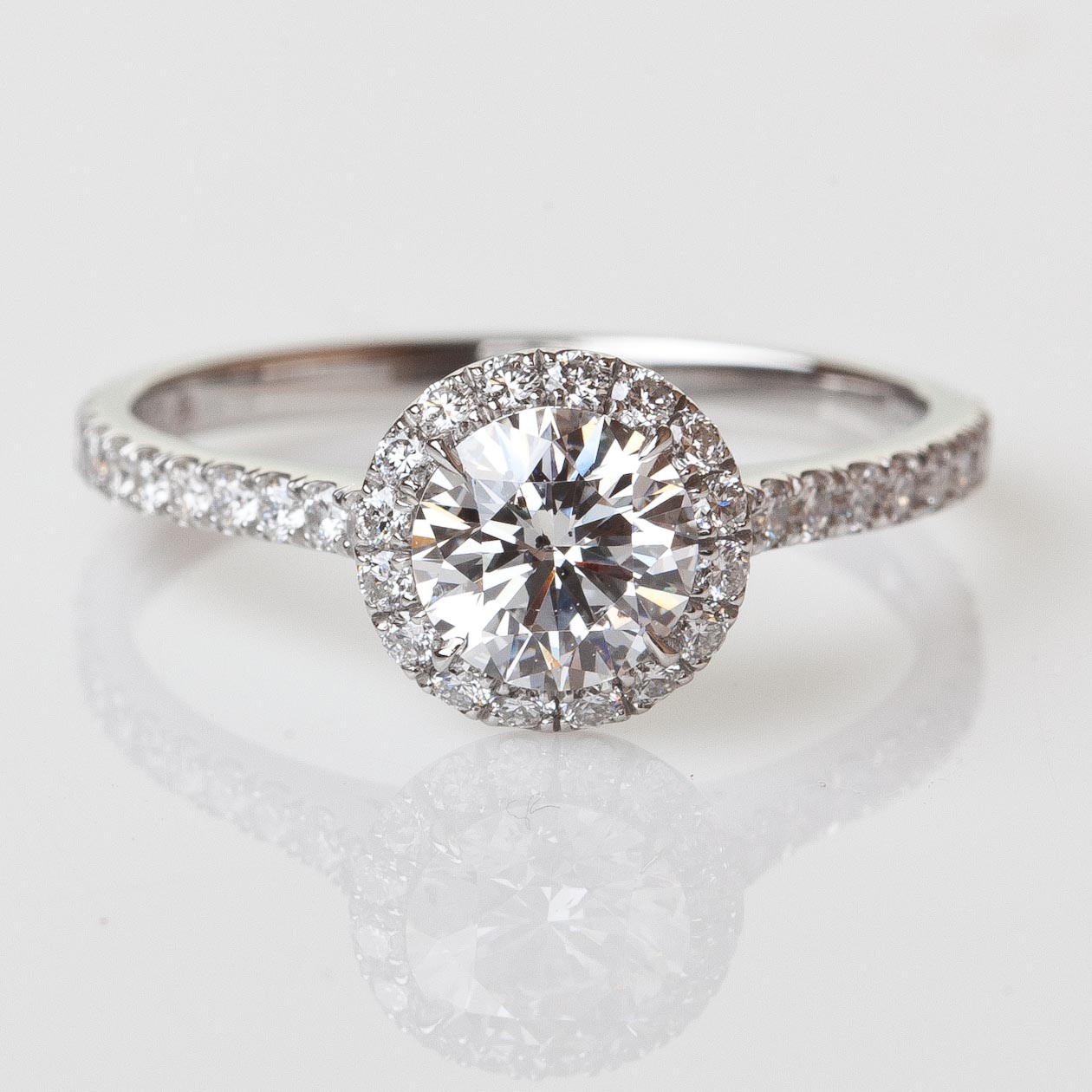 Platinum bands and solitaire diamonds have arguably been the ‘classic’ turn of the century engagement ring look. In 2010 however, Prince William and Kate Middleton got engaged and Princess Diana’s ring was once again in the spotlight. You can guess what happened next – coloured gemstones became the most popular trend once again. In the last two years in particular, a new metal trend has come to the fore; rose gold. Combine this with coloured stones and the third biggest trend of the decade – halo and pave settings – and you have an engagement ring style quite unlike anything that’s ever gone before. 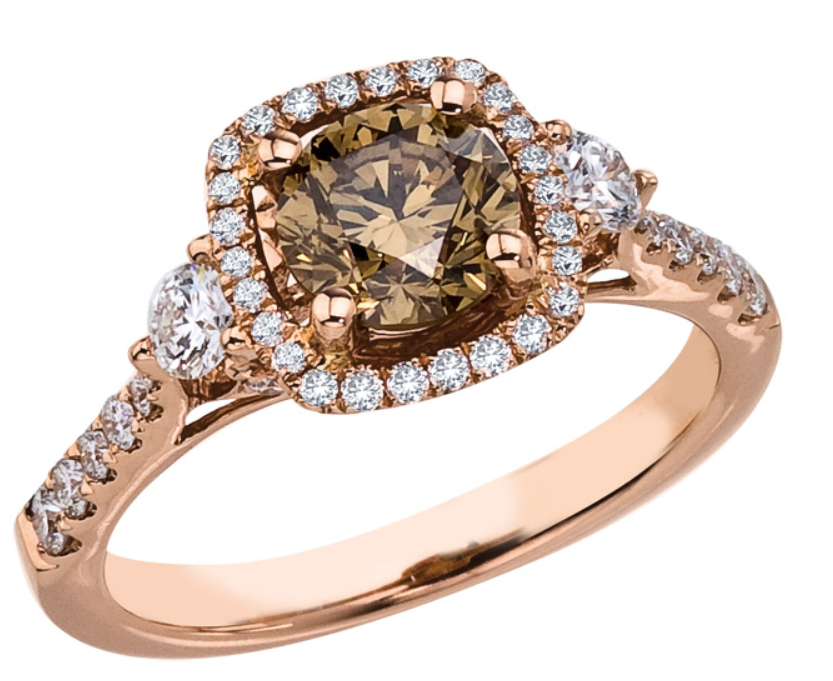 Rose gold doesn’t look like it’s going anywhere soon, and neither do coloured gemstones or the wide variety of cut choices available (although round brilliant and princess cuts are still the most popular). Delicate detailing and vintage-inspired styles have slowly been making a comeback however, along with multi-stone designs. Those who don’t opt for rose gold almost always opt for pave diamonds along the band instead for the added sparkle it brings. Although they’ve been around since the 1950s (thanks to Audrey Hepburn), stacked rings with mixed metals have seen a huge surge in popularity too that’s sure to continue.

Who knows? Maybe the iron rings of Ancient Rome will be the big trend of the next decade!