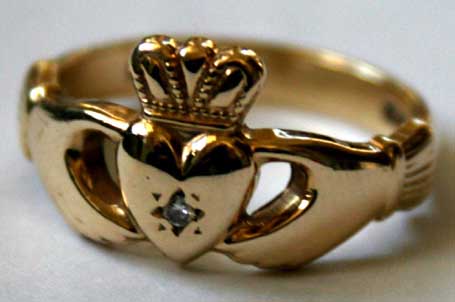 Unless you have Irish roots or have visited Ireland, you probably won’t have heard of the Claddagh ring (if you fall into neither of those categories but own a Claddagh ring, then consider yourself an honorary irish person!). This beautiful little ring is full of meaning, tradition and romance, and makes a really great alternative to the standard diamond engagement ring -and no, there are no shamrocks, leprechauns or pints of Guinness involved. Keep reading to find out all about this Irish beauty.

Claddagh is now a suburb of the city of Galway, which sits on Ireland’s west coast on the shores of the Atlantic ocean. Up until the mid-20th century however it was a village in its own right, away from the boundaries of the city and with a separate heritage, culture and way of living too. Claddagh had a centuries old tradition of fishing. It was the livelihood and centre of the universe for every family in the village; in fact, it was seen as the ultimate taboo to farm land or do any other kind of work not related to fishing. The men of the village would set out in traditional boats called ‘hookers’ to catch fish from Galway Bay, and the women would prepare them and take them into the city to sell.

Claddagh people kept many aspects of old Irish and Celtic culture alive in their community, which made them distinct from the rest of the more modern, gentrified Galway. They spoke only Gaelic, the women wore traditional tartan skirts and shawls, they had various old rituals and beliefs and they shunned most contact from people outside the Gaelic community, unless it was necessary for their work. They were even separated from the city by the waters of the bay, and would travel by boat to reach it rather than walk on land. 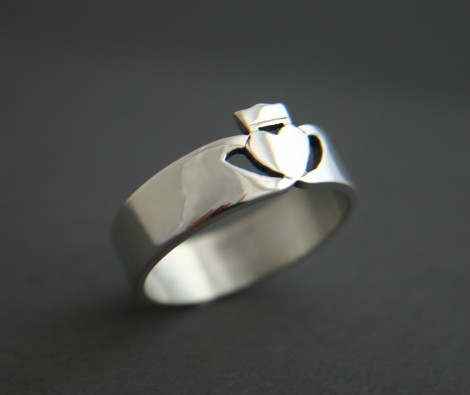 So What About the Ring?

Just one of the many traditions the Claddagh people had was a unique ring, worn by the fishermen as a mark of identification. Galway was a booming city and an important trading centre, so there was always fierce competition out on the bay between fishing boats. If one fisherman was able to show another his Claddagh ring, then they would know which one of them was invading the territory!

The ring has an unusual design; in the centre is a heart, which  has a crown on top of it and is held by two hands. While the original designs of the ring were quite simplistic and probably made from metal or silver, over time it evolved and gold became common, with finer metalwork making each element more distinctive.

Each element on the ring has a different meaning. Although historians debate the accuracy of each (some say they refer to the three primary Celtic gods), the accepted version by jewellers and irish people alike is that the heart symbolises love, the hands friendship and the crown loyalty – all very important qualities to the people of Claddagh.

How Did it Become So Popular?

For many generations, the Claddagh ring was in the domain of fishermen only, and virtually unheard of outside of Galway. That all changed however when a Galway man named Richard Joyce returned to the city in 1689. 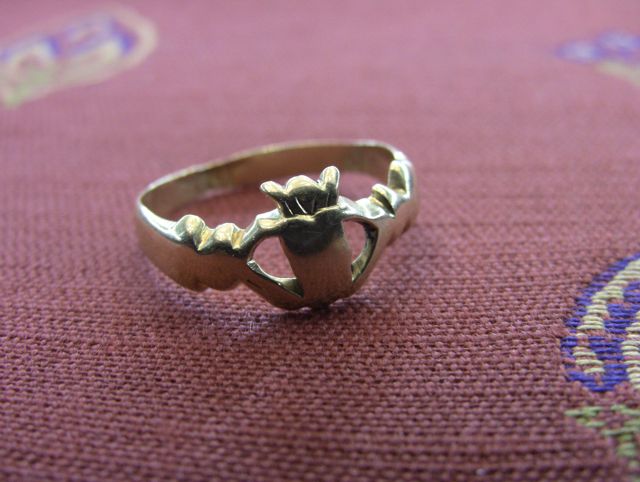 Joyce’s family were one of the rich and powerful tribes of Galway, and although he was born and raised in the city he ended up on a boat to the West Indies as an indentured servant in 1675. The ship was intercepted by pirates however, and instead he was brought to Tangiers. He became the slave of a wealthy goldsmith who made Joyce his apprentice. After learning his craft, he was eventually released after a decree from the King of England, and made his way home to Galway despite generous offers from his master to stay.

Back in Galway, he plied his trade as a goldsmith and quickly built up a powerful business. His most popular creation was, lo and behold, the Claddagh ring. Already a recognisable piece of jewellery in Galway, he perfected the design and is credited as its creator. Other jewellers began to use his original design and it’s still used today, although in more contemporary forms.

The Claddagh ring quickly became hugely popular throughout the rest of Ireland, and turned into a traditional gift for lovers, family and close friends. Given its symbolism and meaning, that’s no surprise.

There’s some traditional etiquette involved with wearing a Claddagh ring. If you’re in Ireland especially, this system still holds true and wearing it in a certain way could give some people the wrong idea! It’s all based around which hand you wear your ring on, and which direction you have it pointed. 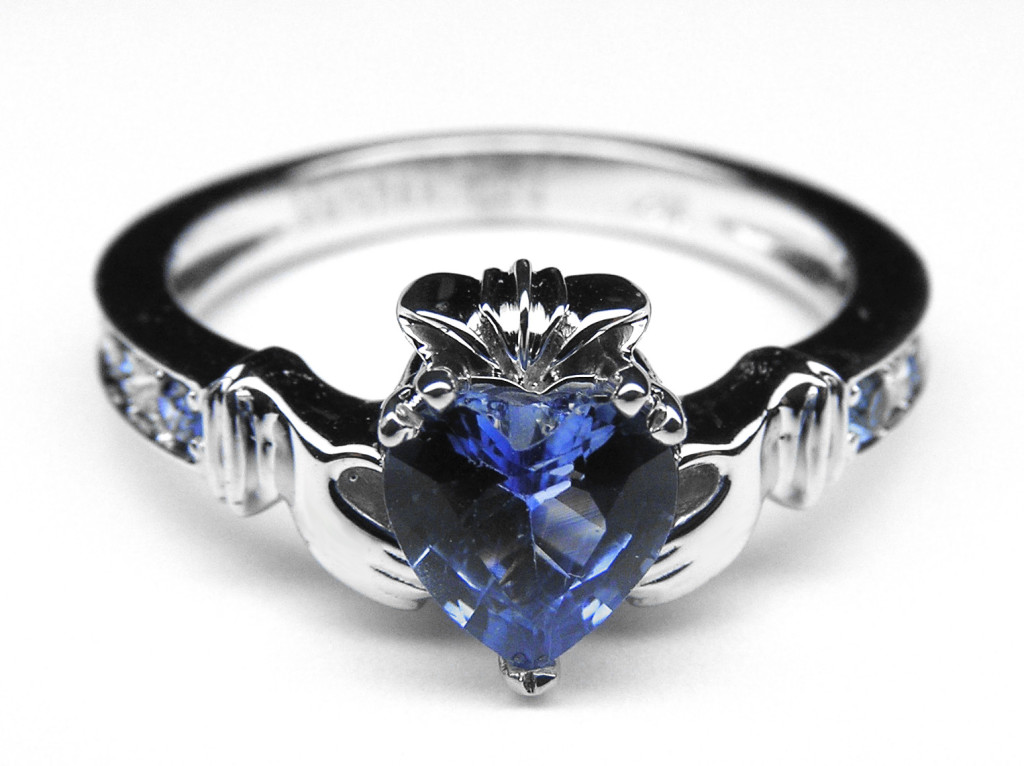 If the tip of the heart is pointing inwards towards your wrist, then you’re telling the world that the person who gave you the ring has your heart, and any potential suitors should just give up. If it’s pointing outwards towards your fingernail, then the relationship isn’t serious. So, basically:

Claddagh rings make excellent engagement ring alternatives, especially for brides with a connection to the Emerald Isle. Nowadays they’re available all over Ireland, on the internet, and even in many US or UK cities with large Irish populations.